Portsdown 2018, Portsdown 2019 and DATV Express are all capable of DATV transmissions on 71MHz. 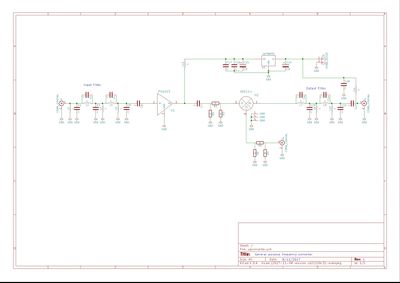 A video of an upconverter in action by David M0YDH is here.

1) Delta Loop by Steve GW7AAV. David M0YDH made one of these some years ago for SOTA and it was a VSWR approaching 1:1 straight away. Old TV coax is used for the matching section. Electrical conduit is used for the boom [not flimsy waste water pipe!]. You could fasten two mini telescopic masts to a plastic bread board with pipe clamps to support the wire triangle. There is a 6m version on the site too.

2)A centre-fed "co-axial" dipole for 4m by Tony G4CJZ was built quickly be Noel G8GTZ with acceptable results to get on the band.

These are in the Filters section of this Wiki.