Difference between revisions of "Feeding Video to Portsdown from vMix"

First you need to decide what video resolution and DVB transmission parameters you are going to use such as symbol rate, modulation type and FEC, then set up the system in this order. 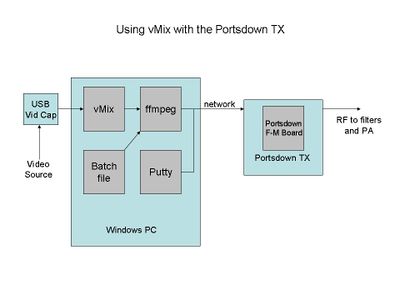 vMix is a very flexible piece of software allowing you to mix and edit various video sources - it also has advanced facilities such as green screen and tickers. It can stream directly on to the web but also produces a directshow external output which we can use to transmit DATV.

You will need to configure the output, by clicking the cogwheel next to the "External" label and then clicking Output/NDI Settings.

Then go to the External Output tab and set the video resolution to match your ffmpeg script as described below. 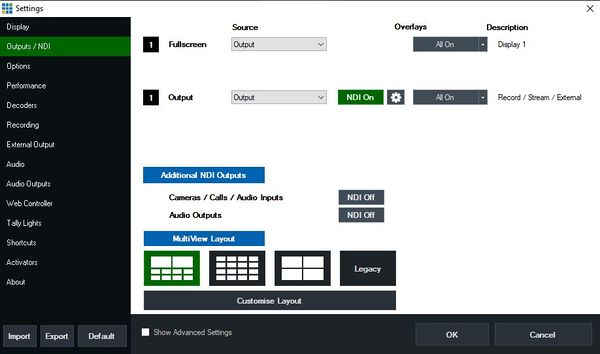 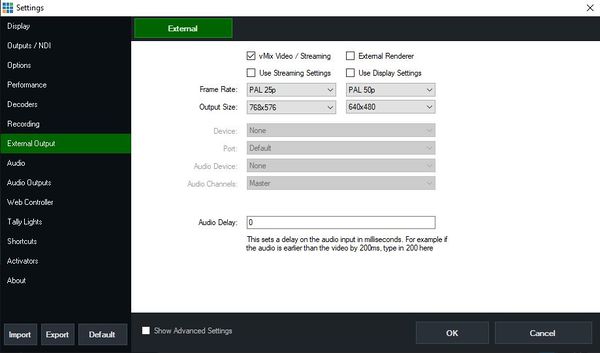 An example script based on one supplied by from Thomasz SQ6QV is available for download here: File:sample 333ks 23 s2 440.zip - you can rename it when saving but the name indicates it is set for 333ks 2/3 FEC DVB-S2 and the TS bit rate is 440 kbit/s. New version here SQ6QV script