The planned project release is currently March 2021 (but subject to change).

This was the first prototype build and not on general release - BOM and schematics are available here: File:Knucker.xlsx 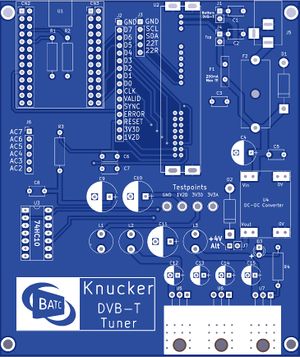