Difference between revisions of "Portsdown Displays" 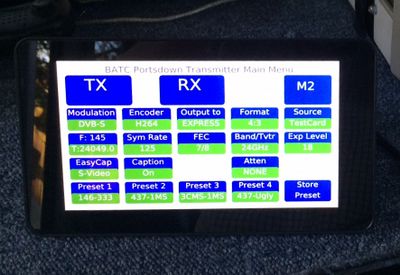 The Portsdown transmitter is also designed to be used with the Waveshare 3.5 inch Type A touchscreen which connects to the RPi using the GPIO connector. Although smaller than the 7 inch, it does permit composite video out to be available for use e.g. with FM transmitters. Many members have found that the first Waveshare expires during building of their Portsdown and after the 30 day Amazon guarantee. So it has been necessary to budget for a second screen.