The Portsdown 4 includes a Frequency Sweeper (STILL UNDER DEVELOPMENT) that uses the LimeSDR Mini and an RF Power Sensor to provide an indication of the frequency response of filters and amplifiers. It is hoped to describe this emerging capability in CQ-TV 274 (Winter 2021). This Wiki page is purely to inform the early beta testers before the capability goes on general release. 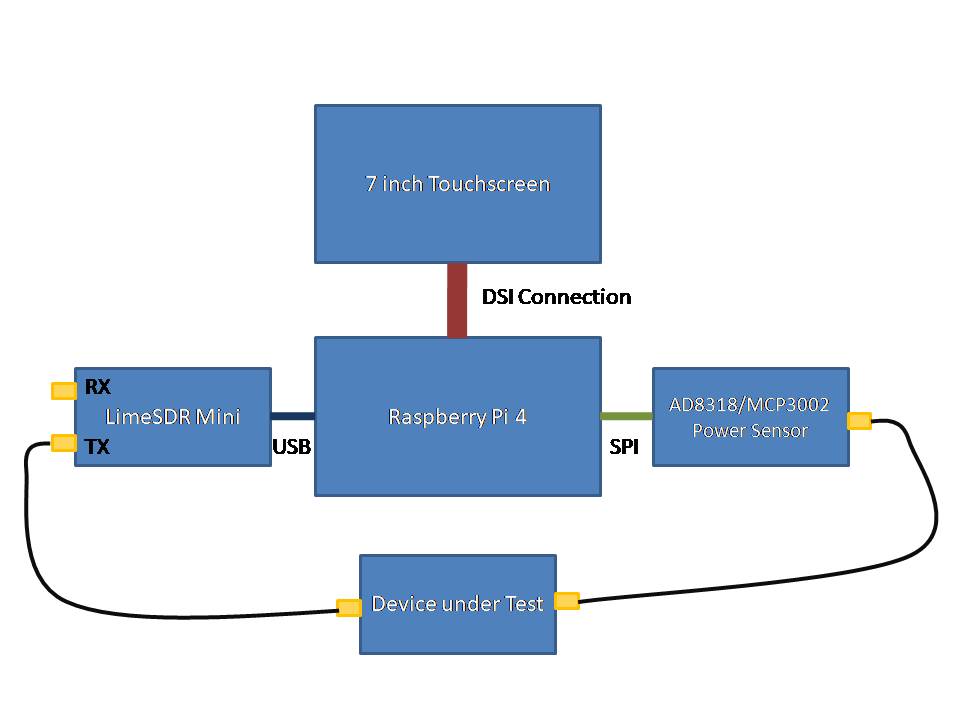 Connect the system up as shown above. Note that the LimeSDR will produce a calibration pulse of 50 mW, so it is recommended that 5-10 dB attenuators are used on the input and output of the device to protect the device and power head, and also to minimise the effect of cable reflections.

Select the Sweeper from Menu 2, Test Equipment. The sweeper will calibrate the LimeSDR and run straight away. You can change the centre frequency and the frequency span from the Set-up Menu. 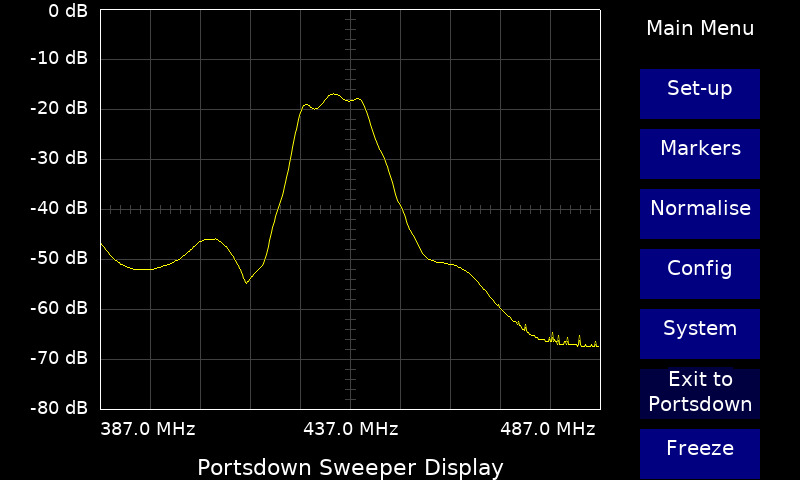 The Marker menu allows the measurement of peak, null or manually-chosen levels.

Because the LimeSDR Mini takes a finite time to move to each frequency, plotting with many points is slow, and difficult to use for real-time alignment. The number of sample points can be reduced to allow fast coarse alignment of circuits and filters. The output level of the LimeSDR can also be adjusted.