The choice of power amplifiers for DATV is very critical and due to a characteristic called spectral re-growth it is vital that amplifiers are not overdriven when used on DATV. 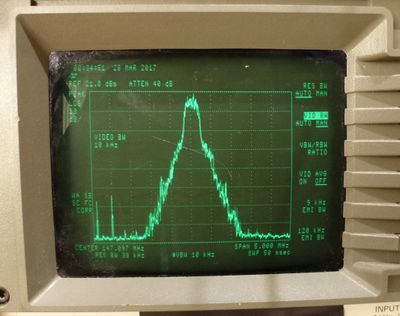 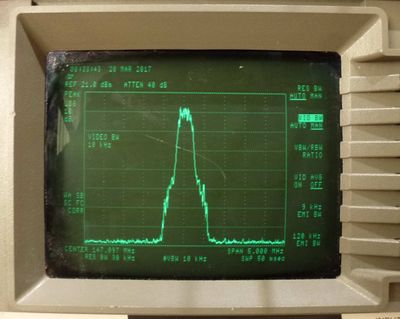 For example, these pictures show a RA60H1317M Mitsubshi 60 watt brick on 146 MHz driven by a Portsdown transmitter.

The first picture is driven direct and delivering 30 watts but occupies the whole of the band - the second has a 10 dB attenuator between transmitter and amplifier and delivers 7 watts (almost 10dB down on the rated amplifier output) and needs 5 amps at 12v to achieve this!

It is very important to know the power output level of your DATV transmitter so you can decide how much amplification you need.

Dave G8ADM has written an article for CQ-TV which describes how to use amplifiers from DG0VE when driven by the DTX1 or Portsdown. (The full article is available CQ-TV 257) 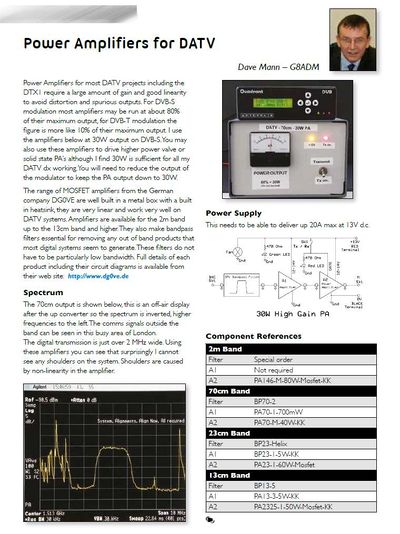 The PGA103 is a very versatile device that can be used as both a transmit driver and a low noise reciever pre-amp.

Tests with a Portsdown transmitter showed:

NOTE - you MUST use a filter after the PGA103 in both applications! Sam G4DDK described the amplifier design in CQ-TV 242 and sells kits of parts on his web page. 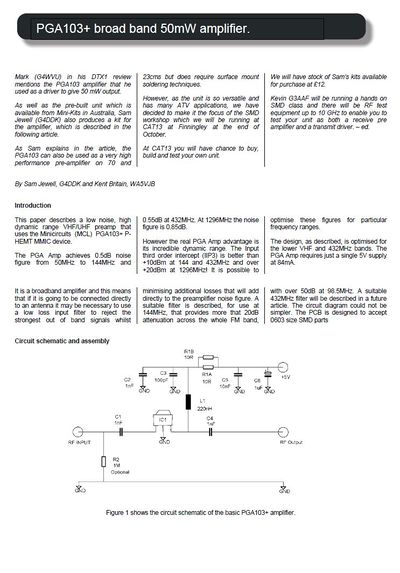 Details of amplifiers for the DATV bands can be found on the following pages.