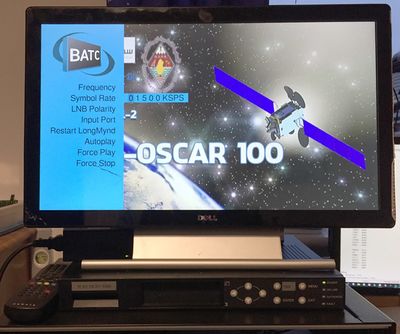 It will be a standalone receiver controlled by an infra-red remote with on screen menus. It will directly drive an external monitor and not require any additional hardware such as a PC. It will provide a lock indication output for use at DATV repeater sites.

The Ryde receiver project was conceived by G8GTZ, the first requirements were published in April 2020 and first beta models were demonstrated in July 2020. An initial development release is expected by the beginning of August 2020

The draft GPIO pinouts for the RPi4 are here: Ryde GPIO Connections