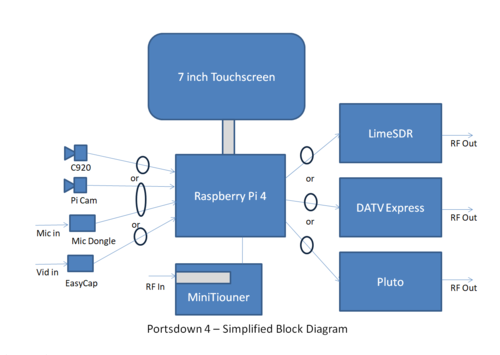 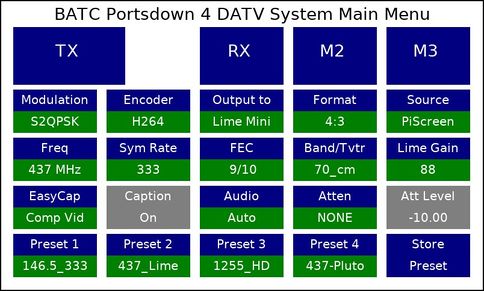 The latest version of the Portsdown is the Portsdown 4. This uses the Raspios Buster legacy operating system on a Raspberry Pi 4 with a 7 inch screen and a LimeSDR or ADALM Pluto. Unlike the previous version changes, it does not maintain hardware compatibility with the classic (filter-modulator) Portsdown.

The Portsdown 4 can transmit and receive DVB-S, DVB-S2 and DVB-T. The transmit capabity requires a LimeSDR or Pluto SDR and the receve capability requires a MiniTiouner (DVB-S/S2) or Knucker Tuner (DVB-T).

This version will continue to be actively supported, but most new developments will be reserved for the Portsdown 4.