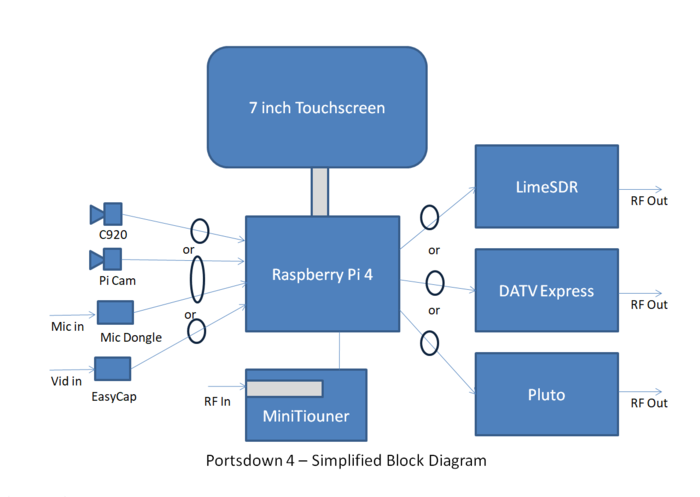 Depending on version (see below) the output from the RPi is connected to one of the following units. A BATC Filter Modulator board, a DATV Express Board, a LimeSDR (Mini or USB) or an Adalm Pluto, which modulates the RF carrier and produces the DVB-S or DVB-S2 DATV signal.

An index of technical reference pages for the Portsdown system can be found here Portsdown Technical Index.==Portsdown Evolution==

The latest version of the Portsdown is the Portsdown 4. This uses the Raspios Buster operating system on a Raspberry Pi 4 with a 7 inch screen and a LimeSDR or ALALM Pluto. Unlike the previous version changes, it does not maintain hardware compatibility with the classic (filter-modulator) Portsdown.