The 2-way RF switch enables a single PA (or the 4-way or 8-way RF switch) to be driven from either the Portsdown Filter-modulator board or the LimeSDR without reconfiguration. So, it is intended as 2 inputs, one output, rather than the single input, multiple outputs of the 4-way and 8-way switches.

This block diagram shows a comprehensive arrangement with all the features. Many of the blocks are optional – it depends on your requirements. 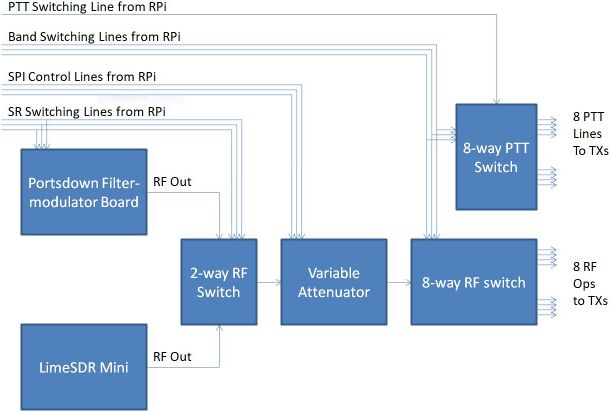 The 2-way switch decodes the signals sent on the symbol rate switching lines (detecting all 3 high, which was previously unused) and selects the LimeSDR output, rather than the Filter-modulator board, when required. 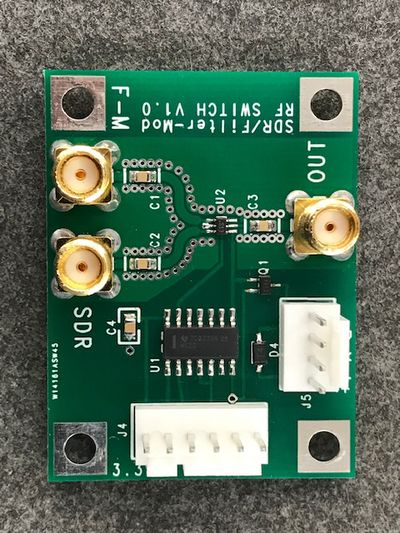 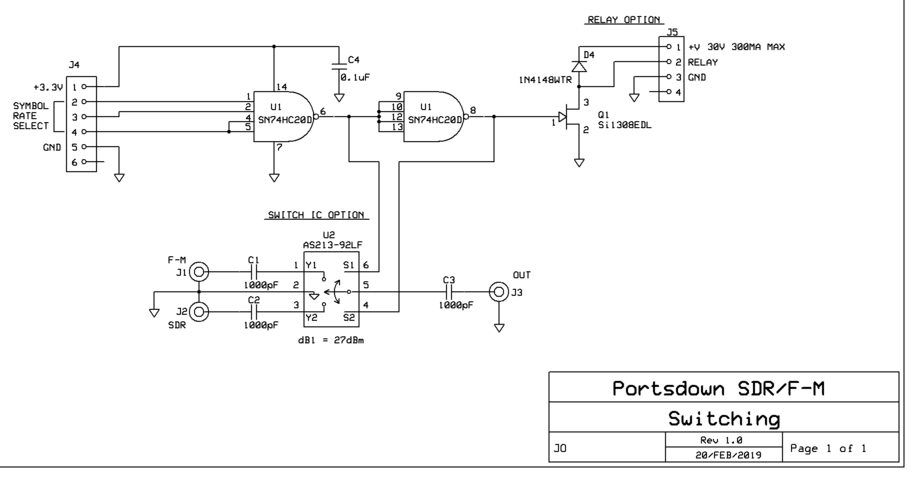 The parts list can be found here File:2-Way RF Switch V1-0 parts.xls. Note that there are a number of configurations listed in the parts list, either using screw terminals or Molex connectors. Also the RF switching IC can be substituted with a relay. The photo above shows the use of Molex connectors together with an RF switching IC. The SMA connectors are vertical mount in the photo above, end-launch SMAs can also be used.

The test results for the switch (when running from 3.3v) were:

The insertion loss at 2405 MHz can be reduced by 0.5 dB by trimming the centre pins of the SMA connectors to be flush with the underside of the PCB. A further improvement could probably be made by trimming the RF tracks on the top of the PCB so that they do not extend beyond the SMA centre pin.

The PCB for the RF switch is available from the BATC shop.

John, our hardware designer, has also provided this suggested circuit for a self-build version (dead-bug or veroboard) using a coaxial relay: 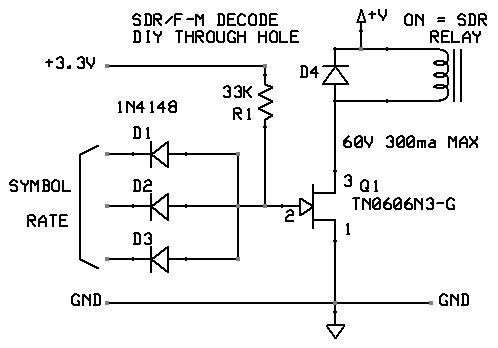