The basic LNB requires a DC supply fed up the coax. This powers the internals and also selects polarisation. A 12V supply selects Vertical polarisation, an 18V supply Horizontal polarisation. Standard LNBs like the Octagon range have two local oscillator (LO) frequencies, 9.75 GHz and 10.6 GHz. The higher is selected by adding a 22kHz signal to the DC supply. For Es'Hail-2 the lower LO is used and this 22kHz tone is not required. Some newer wideband LNBs intended for SkyQ are different, so beware.

The 12V or 18V LNB supply and returned signals share the same coax. A bias-T https://en.wikipedia.org/wiki/Bias_tee is needed to separate the DC from the IF but this can be very simple. Either buy one or make it using an RF choke and a DC blocking capacitor. There are some designs available elsewhere in this Wiki, PCBs in the BATC shop and advice on the BATC forum. It is also possible to use a standard satellite receiver or BATC Minitiouner to provide the DC supply and split out the signals using a power splitter. 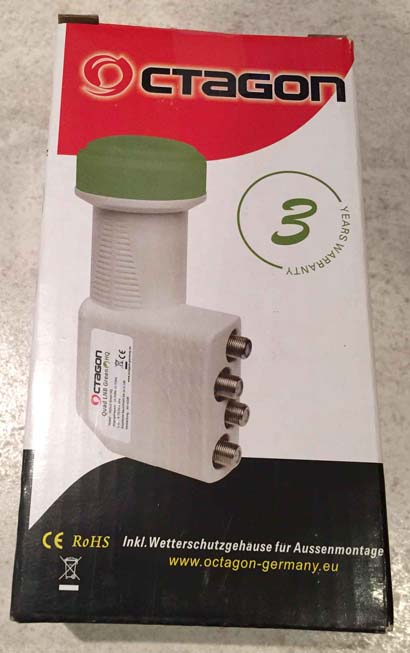 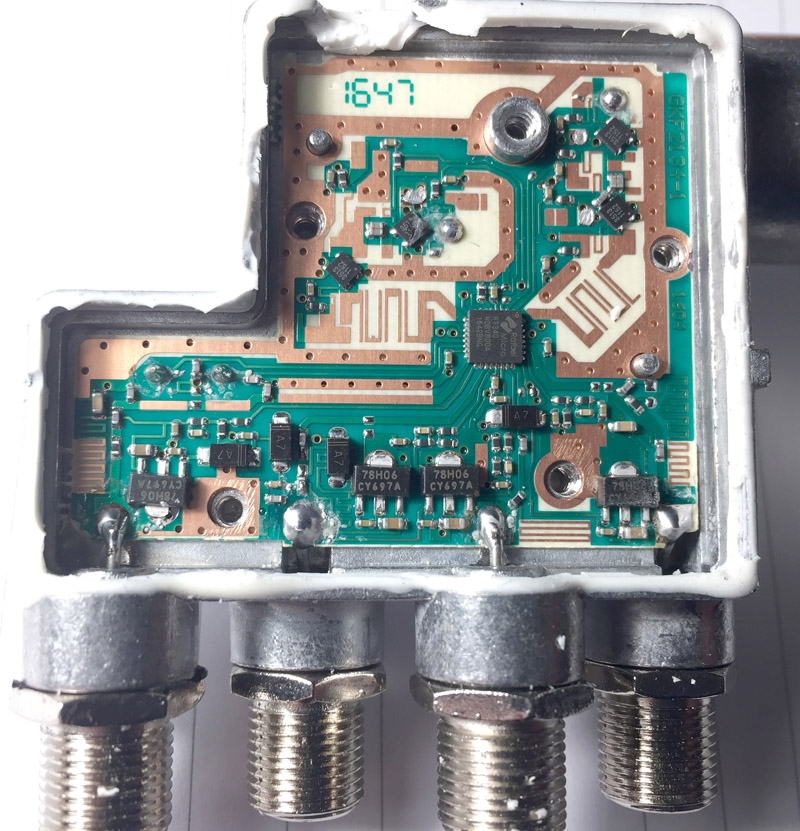 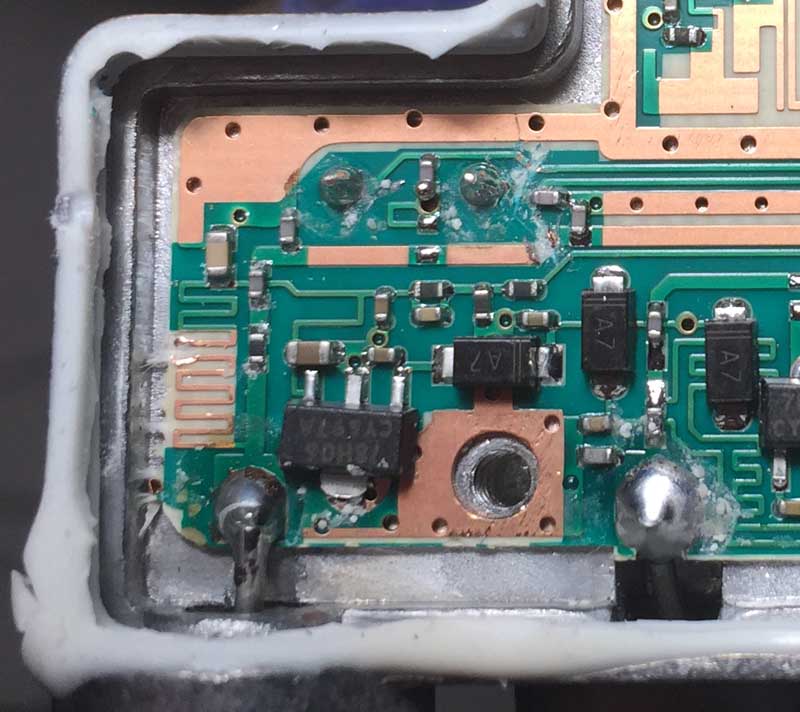 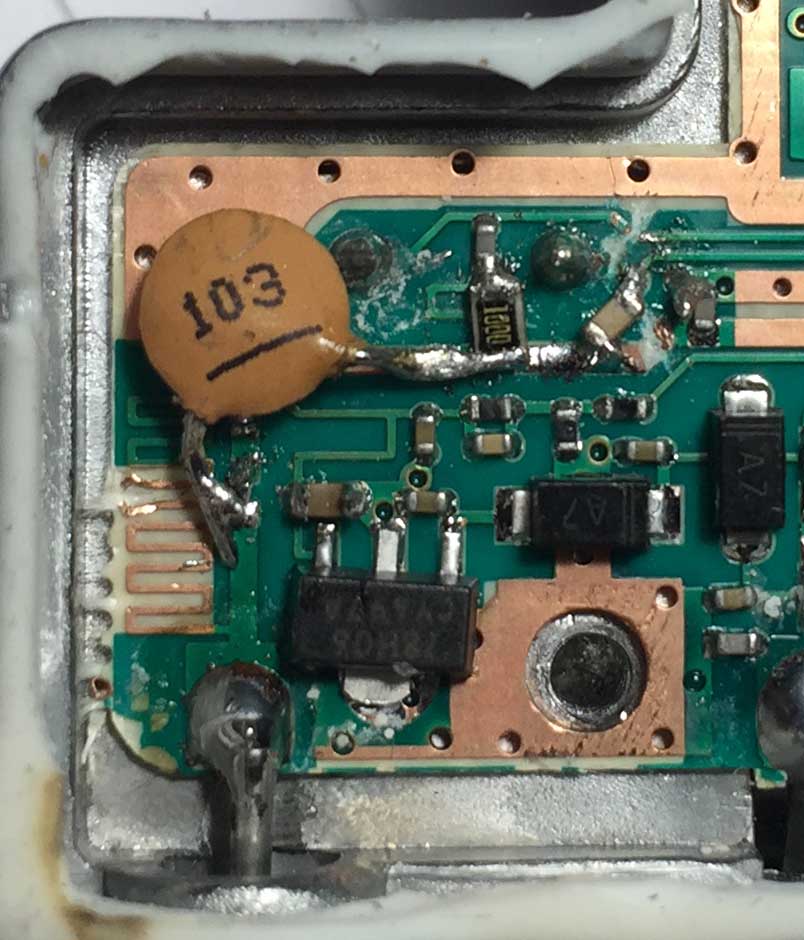