The output power of the Lime Mini varies significantly across the bandwidth and does not vary linearly with adjustments to the "Lime Gain" on the Portsdown.

The measurements below were made with a LimeSDR Mini using a Portsdown transmitter (version 201812290) at Lime Gain = 88. 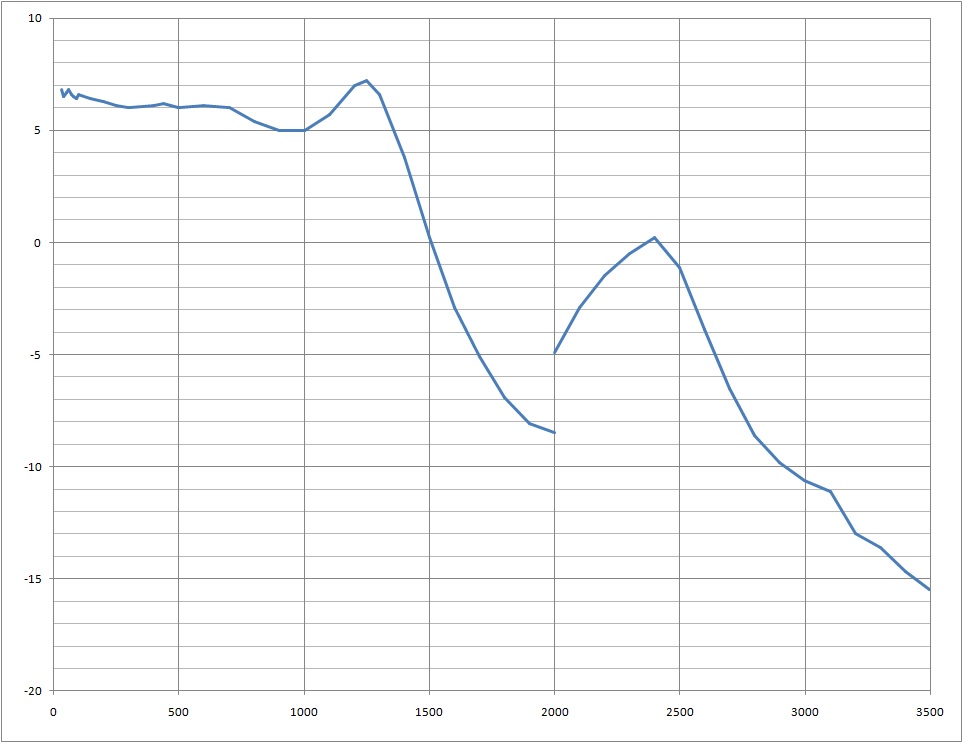 The discontinuity at 2 GHz is where the output circuitry is switched between low band and high band.

There are 3 modes that respond differently to the Lime Gain parameter: Carrier, DATV with 2x up-sampling and DATV with 4x up-sampling.

For Portsdown software version 201812290, the following Lime Gain settings are most consistent (plus or minus 1 dB) across the modes:

The use of intermediate Lime Gain values is not recommended as they give inconsistent results. For example at Lime Gain 87, carrier mode generates 4 dB more power than DATV.

For operation at other frequencies, the expected output power should be reduced in line with the graph above.

To arrive at the values above, the output power was measured in each mode at 437 MHz: