Portsdown Buster Software Version 202003301 re-introduces support for the LimeSDR USB. This capability was previously untested and, on testing, was found to suffer from incorrect antenna switching. This is rectified in 202003301.

Use of the LimeSDR USB

The LimeSDR USB is power-hungry and may not operate correctly if powered from a single USB2 port. Either use a powered USB3 hub, a Y-lead to take power from 2 USB2 ports, or use external power.

"Lime USB" must be selected as the Output Device.

If fitted and connected, the fan is initially set to auto, but is set to continuous during transmissions.

There is a significant calibration spike before transmission; use the delayed PTT function on GPIO pin 40 of the Raspberry Pi to ensure that your PA does not switch on until after calibration. One of the LimeUSB FPGA GPIOs has been set to switch as a secondary source of safe PTT, but this has not been tested.

There is significant variation in the output power available across the frequency band. The ouput power (dBm) with Lime Gain set to 88 on a 333 kS DVB-S2 H264 transmission is shown below. Output was measured from TX1 Low below 2 GHz and from TX1 High above 2 GHz. 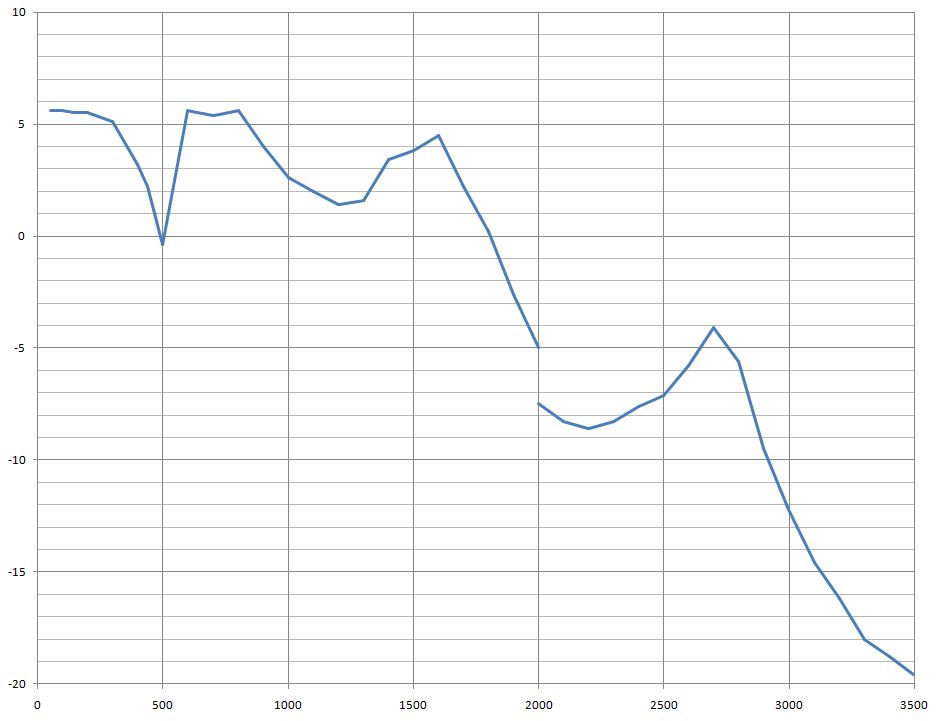