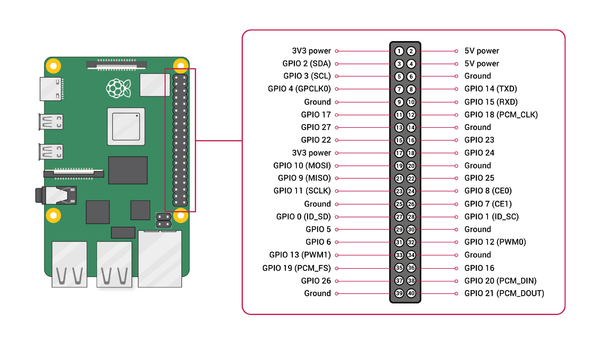 Full details and connections for the breakout PCB available from the BATC are here: Ryde GPIO breakout

GPIO Connections for the Ryde Receiver

Here is the initial list of GPIO connections. Note that there have been 2 changes since the first release (on 14 July 2020); the Up button has been moved from pin 12 to pin 8, and the band MSB from pin 35 to pin 10. The first Ryde Build release that works with the front panel buttons will reflect the mapping below.

Provision has been made for future updates to the Ryde to use I2C and SPI to communicate between the Raspberry Pi and the NIM.